how to keep food cold while camping

While camping outdoors, sometimes it is going to be hot. besides the unquestionable need for a cold drink, who wants to eat can food for three days straight? You really shouldn’t ignore fresh and raw vegetables, fruit and meat. Here I have some tips and bits of advice for how to keep food cold while camping. After reading this, you must be able to keep a cooler cold for 3 days.

Although there are portable camping fridges out there for you to purchase, mostly they are too expensive. That leaves you with the option of esky coolers. They are much cheaper. With a few ice packs your food and drinks are going to be cool for about three days straight. The first choice you have to make is between buying two separate coolers for the food and the drinks, or just one for both. Entirely depends on the money you want to spend. But notice that you are going to open the drinks cooler too often which might make the frozen vegetables or meat warmer due to contact with outside, warm air. But again it all depends on your budget.

before I go through my 8 tips, let me tell you about the different options you have for the ice you put into the cooler. The first option is the normal cubical party ice. which is easily accessible in supermarkets. But I suggest you don’t use them. Mainly because they don’t last long. Instead, I suggest you fill some water bottles with water and put them in the freezer from a few days before you wanna go camping. That way you’ll have a perfectly frozen long-lasting ice for your cooler. And if you have some money you want to spend on this you can go ahead and buy some ice tubes called ice packs. You can buy them from camping stores.

8 Tips for How to Keep Food Cold While Camping

1- Pre-chill the cooler from the night before

The cooler body is usually warm at first. So when you put the ice packs inside, a considerable amount of frozen ice is going to defrost because of the coolers body temperature. so the first point you have to keep in mind is pre-chilling the cooler from the night before the camping. Therefore next morning that you want to get the food from freezer and refrigerator and put them in cooler along with the ice packs the cooler’s body will be at the same temperature and won’t cause any defrost at least in the first few hours. During wintertime, you can put it outside for the night or put an iced bottle or a bag of ice inside, for the night to cool the cooler 🙂

2- Put the frozen meat and vegetables in the bottom

Cold air goes down. So the bottom parts of the cooler are the coldest parts. Moreover, you don’t want to make your food and other stuff warm by opening the cooler’s door too often. So put them inside first. After putting your frozen food in the bottom and organizing it, you can put your first primary piece of ice. from that point, I suggest you put a piece of foam or blanket on top of that ice and then start filling the rest of the cooler. this way you simply separate the cooler in two vertical segments, which makes your main frozen food and vegetables at the bottom away from outside’s warm air when you open the cooler’s door.

3- A full cooler lasts longer than a half-empty one

You should fill the cooler completely so that the air can not circulate inside. If you just don’t have enough food and drinks, you can freeze water bottles and fill the empty spaces with them. Therefore not only you have a larger volume of ice inside the cooler (which leads to longer cooling time), but also you isolate the frozen food at the bottom of the cooler from the hot weather outside. This is important especially when you open the cooler’s door too often.

You can buy them from camping stores or online from Amazon. The good thing about the reusable thermal ice packs is that you can use them over and over for a long time. and the freezing time is actually shorter than the water bottles. Moreover in the case of injury, while camping, they can come in handy.

First of all, trust me, you don’t wanna put your hand in a cooler filled with frozen items searching for your ketchup:). So in order to avoid that, put the drinks, dressing, and snacks which you will be grabbing most regularly throughout the day, on top.

6- If don’t have time for freezing water 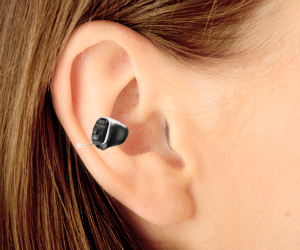 There is an easy solution for this. Salt! just add about 3 spoons of salt to the water bottle. it makes the freezing time much shorter. But don’t forget to mark those bottles so you accidentally don’t drink them later 🙂 but still using the thermal ice packs is a better way for sure.

7- keep your cooler out of the sun

although the cooler body is a perfect isolator for itself, still keeping it out of the sun will have a huge influence. so anywhere that you go simply put the cooler in the shadow or you can put a blanket on it, in order to avoid the direct sunlight. And about the time you will go car camping, it depends whether you have the a/c on or off. Obviously, if it is on, put the cooler inside the car. Otherwise, I suggest you put it in the car’s trunk.

8- One last tip on buying the best cooler

When buying a new cooler for your camping, pay attention it has a drain. Cause usually even if your ice packs and water bottles won’t have a leakage still the humidity is going to turn into liquid water and wet every piece of food you have down in the bottom of your cooler. So it will be best if your cooler has a drain so you can open it every while to let the liquid water out and keep the food and other stuff in there dry.

I hope my tips and suggestion would come handy and you remember me, drinking your cold beer while camping.Also, if you are planning to get yourself a camping tent, you can read my tips on best backpacking tent under 100$  .enjoy 🙂